Back In A Flash

It has been a while since I’ve last posted, but I want everyone to know that I have not forgot about the blog at all. Things have been pretty crazy but so has the NFL. So I will be back back soon keeping you all up on the latest NFL news.

A Short Video of Women & Why They Love Their Teams

Tim Hightower Back With Redskins 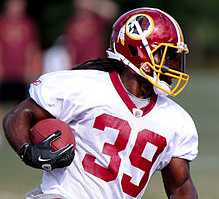 It has been confirmed that RB, Tim Hightower has been re-signed to the Washington Redskins after suffering a torn ACL last season and only starting five games. Hightower, before injuring himself was considered to be an all-purpose running back who was able to do pretty much anything he was asked of. Coach, Mike Shanahan is best known for having a stable back such as Hightower and with the addition of first round draft pick, Robert Griffin, III the team is sure to be a success in the upcoming season.

It has yet to be confirmed the length of the new contract and just how much.

The Oakland Raiders have signed thirteen free agents to ad to the team roster. The team issued a statement saying all will be present and participate in the three-day rookie mini-camp along with the six draft picks the team picked up during the NFL Draft. The Raiders only had six draft picks for the draft and feel that more rookies need to be added for their team to strive.

The team has signed an abundance of defensive players to boost their struggling secondary, in hopes to be a top contender for the AFC West. 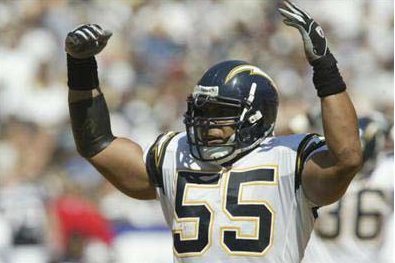 It has been confirmed that former linebacker of the San Diego Chargers, Junior Seau, 43 committed suicide. Police have also said a gun was found near his body. Some sources claim that concussions that occurred during the NFL season are partially to blame for the list of suicides of NFL players, including Seau.

Seau started his career as a San Diego Charger and then later moved on to the Miami Dolphins and New England Patriots. He leaves behind an ex wife and three children. He will be most remembered for his time with the Chargers and his contributions as one of the greatest defensive players who ever has played the game.

It has been reported today that former linebacker of the San Diego Chargers, Junior Seau was found dead at his Oceanside, CA home. There is speculation that Seau committed suicide, but this has yet to be confirmed. More details to come…

Matt Leinart to the Raiders?!? 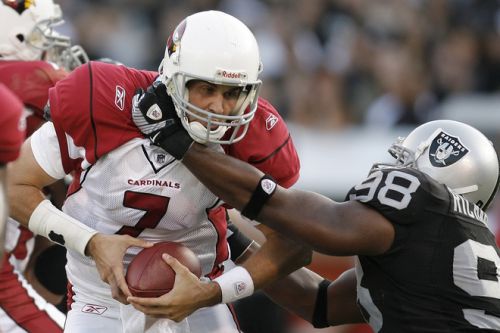 Rumors and speculation have run through the NFL that Matt Leinart would be working out for the Oakland Raiders, but up until now it was only a rumor. The Oakland Raiders have officially signed the former USC quarterback as a backup to starting quarterback, Carson Palmer. Leinart was a 2006 pick for the Arizona Cardinals and has yet to live up to the hype he received after leaving USC. After he was cut from the Cardinals he was signed to a one-year deal by the Houston Texans where he was the back up to starter Matt Schuab. Details of Leinart’s contract have yet to be released.

The time has come and the decision has been made. Stanford quarterback, Andrew Luck has been chosen #1 overall for the Indianapolis Colts with Baylor quarterback, Robert Griffin, III at #2 for the Washington Redskins. Good Luck gentleman. 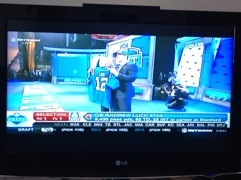 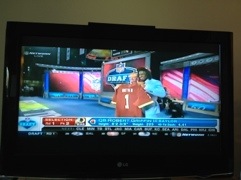 Today is the day that hundreds of declared college athletes have been waiting for. It’s the start of the 2012 NFL Draft. While Andrew Luck and Robert Griffith, III are shoe-ins for the top two picks, there are many others who have been dreaming of the NFL since they were in diapers and today could be the start of that dream for all. The draft will take place over the next three days with Round 1 being today, Round 2-3 tomorrow and Round 4-7 on Saturday. Who is your team going to choose for their upcoming roster? 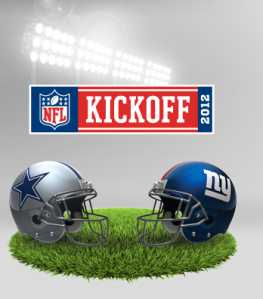 Yesterday evening the 2012 NFL Schedule was released for the general public. The season starts off with a match up between the Dallas Cowboys and the New York Giants on Wednesday, September 5th. It’ll be the first time the season would start on a Wednesday. And the Monday Night Football match ups will be a double-header with the Cincinnati Bengals and the Baltimore Ravens then the Oakland Raiders and San Diego Chargers. The start of the season will definitely be something to look forward to. Some more great match ups coming up through the season will be conference championship rematches between the San Francisco 49ers and the New York Giants along with the Baltimore Ravens and New England Patriots, those games are definitely going to be must see TV.

NFL Draft Begins04.26.12
The big day is here.
We Have the Champs…Now What?
Blog at WordPress.com.
Loading Comments...
Comment
×